First of all, thanks to my dad for giving me a face to put in today's comic! I told him that I'd made two cameo appearances available in the Kickstarter rewards, and of course his reaction was "why haven't I been in the comic?"

Those two of you who ordered the cameos in future GWS strips? I hope you're ready. ;)

Alright, two big changes to the Summer Tour Kickstarter! (Although one is basically the same thing, just doubled!)

Thanks SO much for the support of whoever decided backing a Kickstarter would be a nice idea on a Monday! We reached $21.5k, which means that all of my guest artists are getting paid $50 more PER STRIP for their contributions this summer. Hooray!!

The next stretch goal is exactly the same thing: at $25k, a hunk of the extra dough helps cover all the extra rewards, and the rest gets divvied up into bonuses of another $50/strip for each guest artists.

If we go beyond $25k I will actually keep some of the money for myself and have a nice lobster or something.

I'll have new rewards (hopefully!) this week and next, but for now:

Umm I suddenly realized that the only reason I'd bunched all of the original art for the postcard and poster together was because I was lazy. True story. Judge.

So I've separated them into two, which makes WAY more sense, and each piece is now $250. This includes the 14x17" inks, any related concept art, and a copy of the postcard, print and poster (because they all fit in the same envelope, hooray!).

Here are some close-up photos of that artwork, again, for your viewing pleasure! 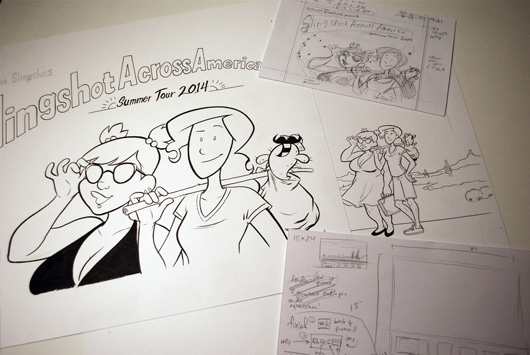 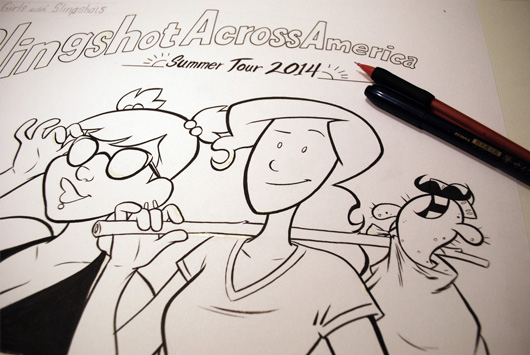 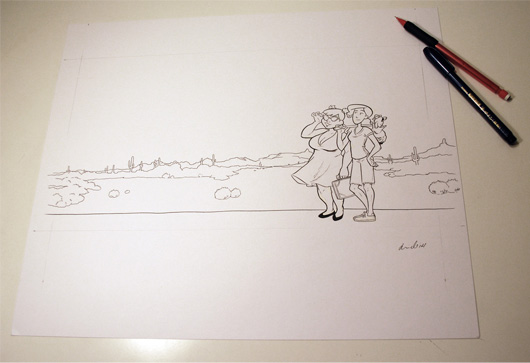 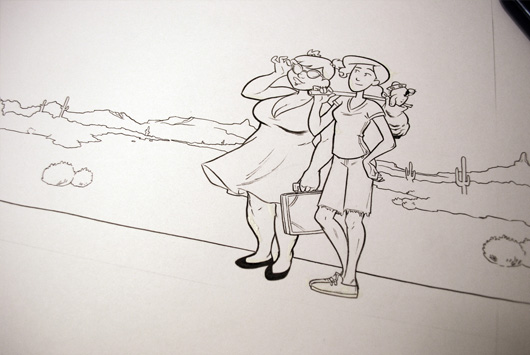 Alright, that's it for now. Back to writing Adventure Time fanfic because my life is so rad. B)