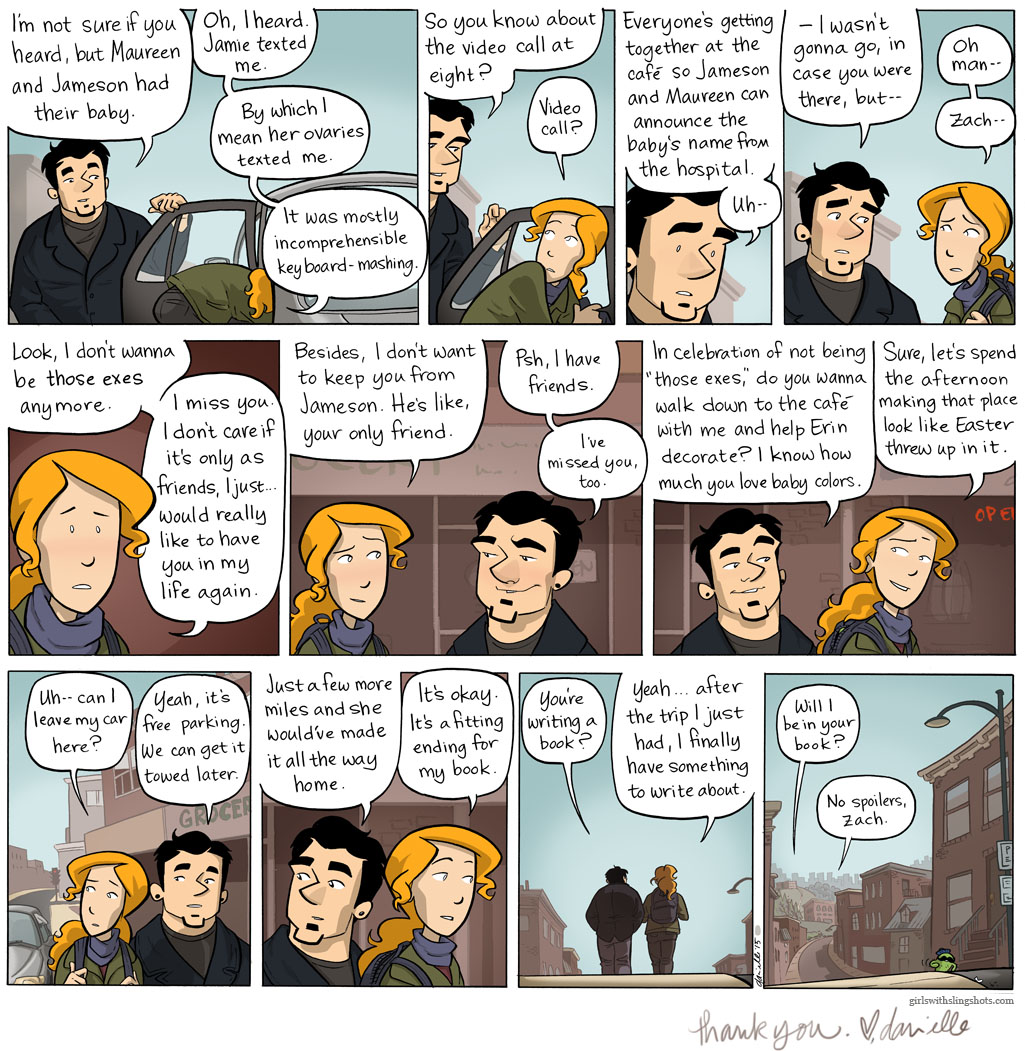 I had the unfortunate foresight to correctly guess that I'd be making an 8 am update here on the east coast, so forgive me for being a bit more brief than I'd initially planned on being down here - I'm nodding off. :) (Pfff of course I didn't have the foresight to write the blog earlier.)

First things first: for those of you TL;DR fans who want to know HOW DO I KNOW IF GWS EVER COMES BACK and WTF are you doing until then??, here are two ways you can get updates!

Get on the GWS mailing list for future updates! <-- this link was updated in 2022, because the old link went to a now-defunct newsletter list! Here's a weird empty block I can't delete, pretend it's a pregnant pause. Everything else here is og.

It only took me ten years to get an e-mail list set up. ;) I promise it won't be annoying, and will probably include things like:

Patreon: You can get behind-the-scenes photos and sneek peaks - a lot for $5, or a smattering for $1 - throughout the year. I don't share most of this stuff anywhere else. :)

Instagram: mostly photos of my cats, let's be real.

Alright, now that the business in the front is over, this party in the back is for you.

This is indeed my last update for GWS. To me, it doesn't feel like it is. It hasn't sunk in for me yet, and I'm sure it won't for a few days. I rarely mourn a loved one's death when I catch word of it; it never hits me until I'm expecting the deceased to pop out of a door, or be present at a party, and they never come.

My sleep-deprived mind isn't allowing me to be eloquent, but I do have something important to say: Thank you. I'd be lying if I said I would have never created the strip if it weren't for all of you - I started GWS for the love of it, loved the characters so much I had to let them play, and I would have continued to create it if it hadn't become a ten-year-long career, let alone a career at all - but it wouldn't have been as fun, as rewarding, as consistent (thank you, smartie-pants readers who remember all the details that I got wrong), or remotely possible to sustain five days a week and unwrap more of the story, without you.

I receive so much generous gratitude from the readers I meet, claiming that I give you a comic "for free." Economics 101: there is no free lunch. You may not know it, but every time you've shared this strip with friends, added a link to it from your website, come to a convention to see me, even just visited the website regularly, any merchandise you've bought or donations you've sent, are the only reason I've been able to share as much of the story as I have.

GWS is as much yours as it is mine.

I childishly wanted to end the strip on a significant number - 2000 to make it even, or 2004 (the year the comic started), or 2069 (hurrr) - and it landed on 2008. Assuming I have my dates right, it's the perfect number to end on. 2007 was the year that I asked my very kind readers for help paying my [ridiculously cheap] monthly bills so that I could afford to drop all my other freelance work and start updating GWS five times a week. 2008 was the year the donations fizzled out (I was too chicken to start asking again), and I had to put on Big Girl Pants and learn how to make GWS a legit full-time job without digitally panhandling. I could have dropped back down to three times a week and gone back to splitting my focus with other paying projects, but I didn't want to. I wanted to see what Hazel and Jamie and everyone was doing five times a week, at minimum. I swear to god if I could have updated twice a day, I would have.

I doubt this is the last you'll see of GWS. Even though they're running around in my head going on journeys and throwing parties and foolishly drinking too much and having their hearts broken and teased and fulfilled, I'll miss sharing Hazel and Jamie and Maureen and Jameson and Clarice and Thea and everyone else so much that I can't imagine keeping them to myself forever. They'll burst out eventually and come back with stories to tell you.

In the meantime, if you miss them, Monday begins a new tradition of sharing the old strips one by one - from beginning to, apparently, #2008 - in full color, thanks to Laeluu (if you were wondering why you haven't seen her signature on the last several dozen strips, it's because she's been hard at work preparing the first 160 strips for the next few months!). I'll be adding hover text to all the strips that didn't have it, and a blog post nearly every day with a mix of relevant commentary and what's-on-my-drawing-board updates, and did I mention they'll be in color? THEY'LL BE IN COLOR.

Well, this was the opposite of brief, and now the sun's shining straight on my pillow and it's nearly 9. Let's see if I can still get some shut-eye. Maybe I'll get to read the next strip in my dreams.