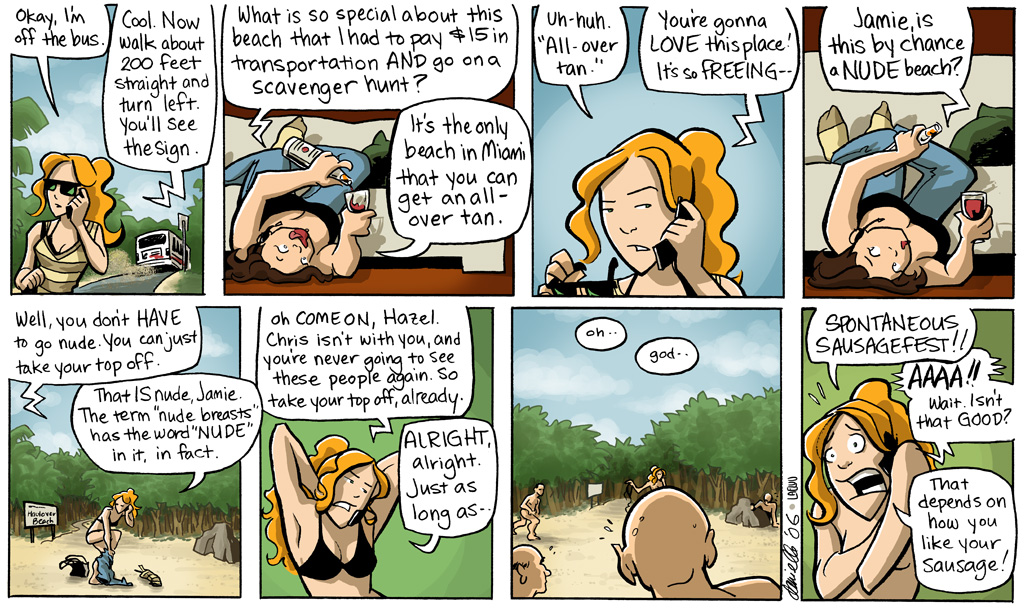 This strip was definitely influenced by the only nude beach I've been to, on one of the small cities of Cinque Terra with my friend-for-ife Val (who, incidentally, influenced Jamie and her relationship with Hazel a bit as well).

Here's the old strip, which was also in color but did not have clouds!!