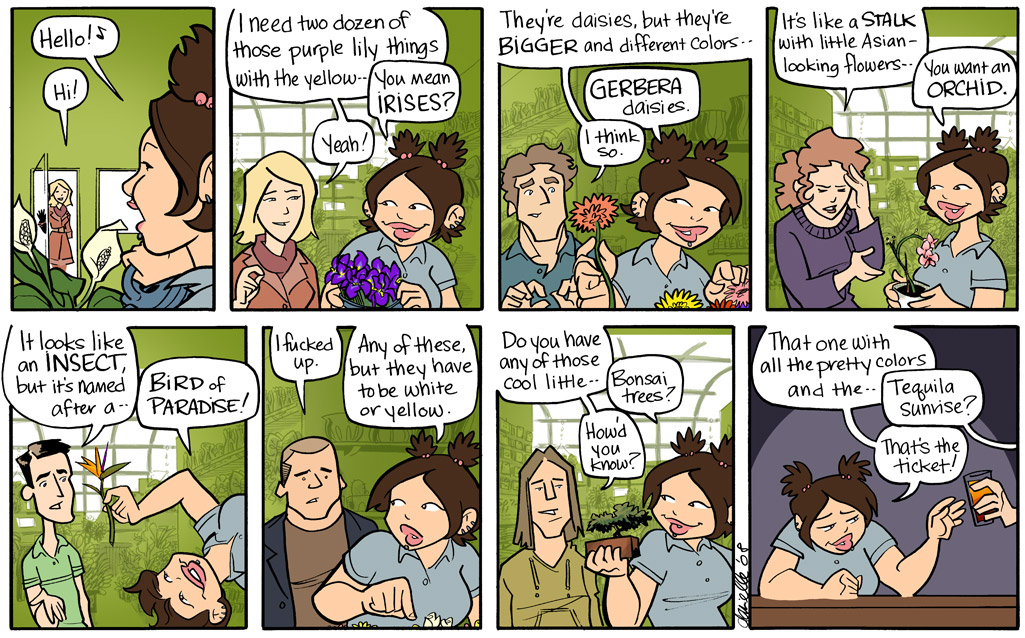 Alright, the reason today's strip was so late is because I'm having MAJOR problems with my computer.
It's been shutting off at random - not shutting down, just shutting off entirely - without warning for two or three weeks.
While I'd like to say my house is haunted and doesn't like technology, I don't think that's it.

What's worse is this isn't happening in any noticeable pattern.
It's been shutting off most often when I'm working on a large file like this one (between 50 and 75 megs, PSD files), but occasionally it does it when I'm just browsing the web.
So I'm not sure what's going wrong.

I'm on a home-made PC running Windows XP.
The video card was recently replaced to fix a monitor problem (okay, to fix MULTIPLE monitor problems), but the machine was randomly shutting down for a week before the new card was installed.

Any ideas? Could I have downloaded a virus? If so, it hasn't affected anything ELSE on my computer...

Let me know if you really think you may have a solution!

OKAY, EDIT! Wow, you guys are fast. And knowledgeable! At the rate I'm getting computer advice, I'd have to take a day off to read it all.
So don't worry about it for now - my Tech Guy Allan will be in this week and we'll read all the e-mails together to get some ideas - if we're still baffled by then, I'll put out a cry for help again.

Super-duper thanks to everyone who sent me their 2 cents (which may be worth a grand or so if it saves my computer)!!