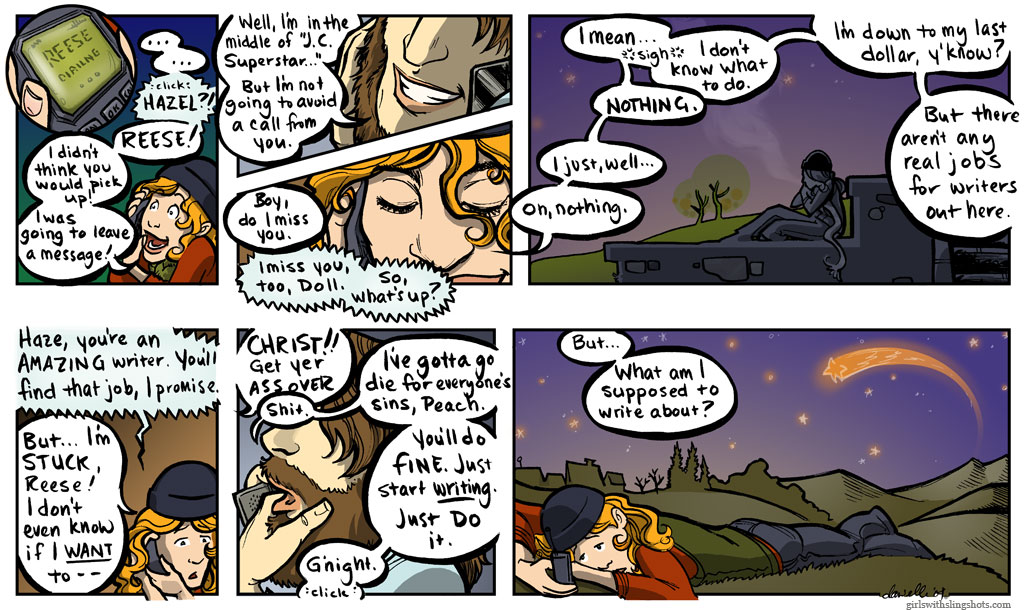 It was really tempting to April Fools you all and throw in a non-canon strip that followed on the heels of #2008... but I'm not that mean. ;)

And in case it seemed familiar, this is the strip that Hazel is giving a nod to in the second to last panel. :)