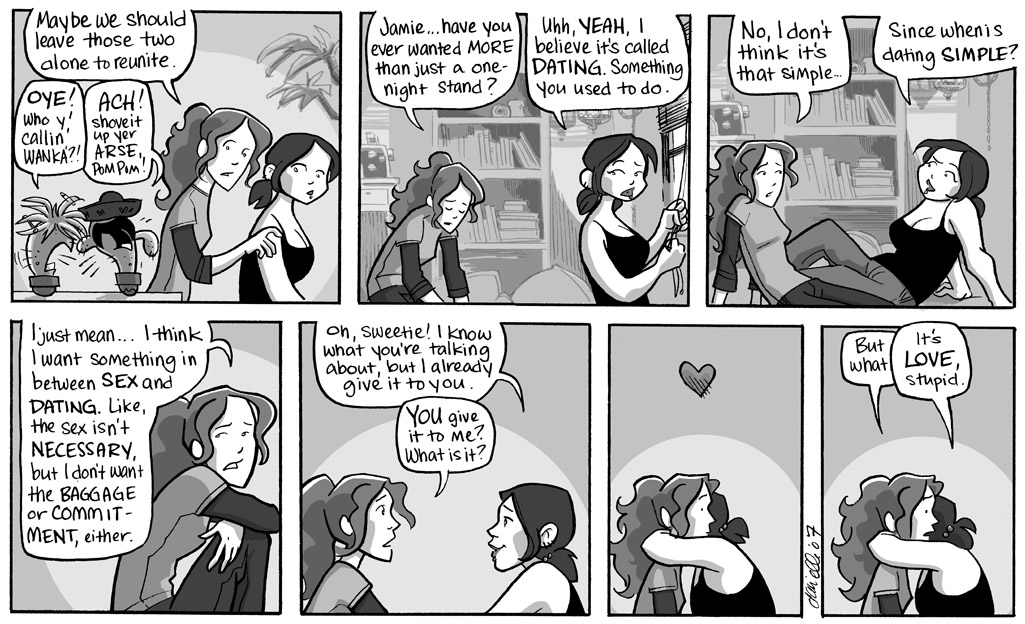 Greyscale later! Since some of you guys like to save the uncolored strips when I can't make time to grey them in, I hope you won't mind the delay.

Oh, and there's edit: WAS a rare gem for sale at my Etsy store (to your left).
I found a small 4x5" colored pencil drawing of Hazel drawn before GWS was even started.
I was originally going to draw the whole cast like this for the cast page, but after this one took so long, I think I gave up!
It's a bit of a collector's item, and relatively inexpensive. Enjoy!