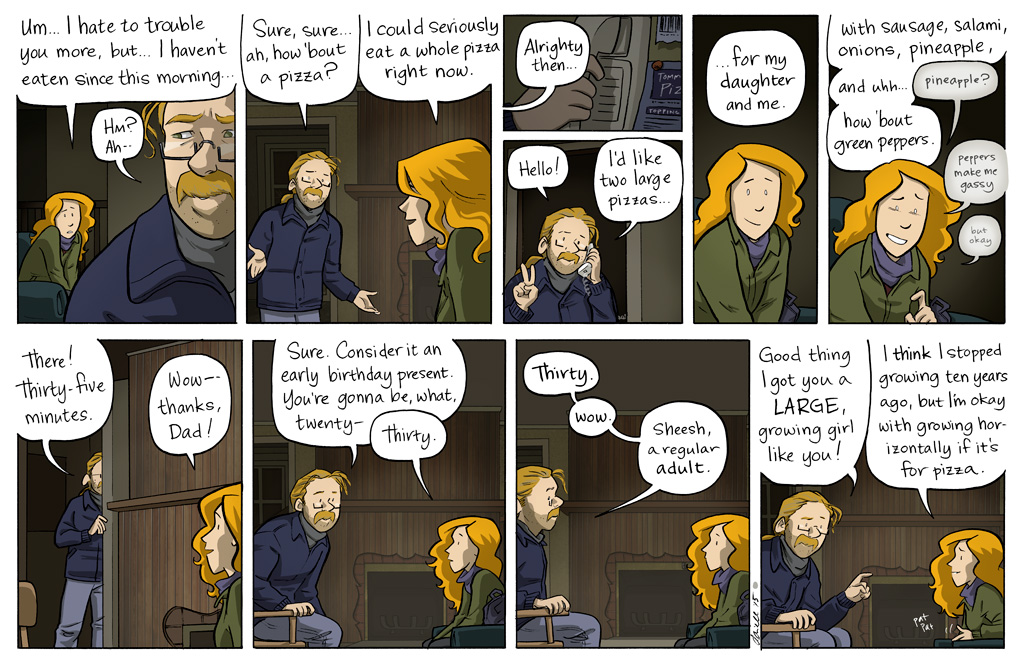 Ah man, the timing on this one... that little leaflet in the small phone panel is a nod to Tommy's Pizza, an iconic pizzeria in Shepherdstown. It was run by a man named George who's been compared to the Soup Nazi by, let's say, everyone who's ever ordered a pizza from him & knows who the Soup Nazi is.

If you called in an order, you had to do it QUICKLY, and his only response would be "20 minutes - click." (There's no gluten-free pizza there, so I've never ordered from him, but I've heard the stories.)

George died unexpectedly a couple of weeks ago, at his shop. And of course, stories about him NOT being an uncaring Pizza Nazi rose to the surface quickly. Turns out he had a soft spot for kids, and the people who live on the little back behind Tommy's must have loved him, because they put together a small shrine to George on the window of the shop.

This town takes care of their own, no matter who their own is.

Anyway. Here's the old post! And here's yesterday's Elephant Town if you're following along.

There won't be an ET next week because I'm pulling together things for the Over The Mountain Studio Tour this weekend - if you're in the area, you're invited to join! It's just a bunch of West Virginia artists with open doors and work on display - you can go to as many or as few of our studios as you'd like, from 10-5 Saturday and/or Sunday. Here's a map!

Hope to see a few of you out here (and introduce you to my cats)!